Dietrich Von Hopffgarten was Jeremy's trainer, mentor and friend for many years.  Many of Dietrich's students called him a "dressage philosopher".

Dietrich grew up in post-World War II Germany and as a teenager began to train in dressage.  He immigrated to Vancouver, B.C., where he began training horses and riders there, including Kim Beardsley. Dietrich and Kim were married in 1984.  Kim was a member of the U.S. team at the 1982 World Dressage Championships on the Thoroughbred, Woodimix.

Dietrich wrote a book in 2005 entitled, Reflections From The Life of a Dressage Teacher.  In it he wrote, “Dressage is an equestrian sport and, historically, an equestrian art form. Dressage is a physically and mentally difficult process. It demands true discipline, patience, self-control, determination and the ability to feel and to search with utmost sensitivity for a unique cooperation and harmonious performance between two living beings. Dressage then becomes poetry in motion, a musical and rhythmic dance of horse and rider with power (impulsion), grace (cadence and elasticity), lightness and brilliance (expression). " He added, “Teaching dressage is a commitment to the correctness and purity of this art form. It is ‘service’ to ‘art pro arte’ (art for the sake of art). It is a true profession that has its roots in an extremely deep and passionate love of the noble horse and therefore results in the dedication of one’s life for this demanding endeavor.” 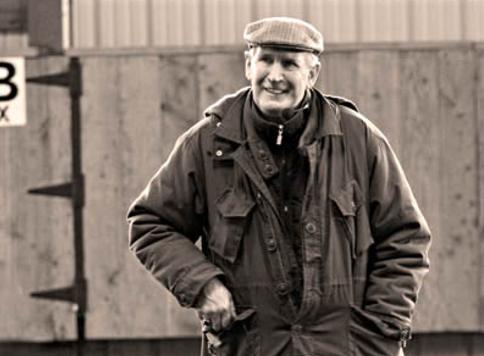 Jeremy was born in Florida but moved to Washington state at an early age.  He began his riding career at the age of 11, quickly turning his full attention to dressage following lessons with Melle Van Bruggen who was the US Dressage team coach at the time. At the age of 15, Jeremy was introduced to Dietrich von Hopffgarten, a long time pupil of Egon von Neindoff. Dietrich quickly became Jeremy's long time trainer, mentor and friend. By the time Jeremy was 19, with the help of Dietrich, he had trained his first horse, Sinbad, an off the track Thoroughbred purchased as a 3 year old, all the way up to Grand Prix.  Jeremy worked closely with Dietrich until his death in 2006.

Jeremy spent a year in Cappeln, Germany working at Gestut Vorwerk with Martina Hannover, a longtime pupil and friend of Herbert Rehbein.  After Germany, Jeremy returned to the US to start his own small training business and went on to win the individual gold and team silver at the North American Young Rider Championships in 1996. Jeremy has trained and competed many horses to Grand Prix including  Hallmark, Hawlesbury, Axyonx, Valiant Prince, Elisienne, Eloge II, Gordon, Bert, Caruso, Frisco and Parocco.

In 2010, Jeremy was appointed the USEF Dressage Youth Coach, hired to create a developmental program to bring dressage youth in the US up to an international standard of riding.  During that time, the focus was on the training and bringing the next generation of US dressage riders into the Under 25 Grand Prix division.   Jeremy is a USEF High Performance rider and has ridden in the National Championships, competed in the US League final for the World Cup, and won numerous regional championships up to Grand Prix. Currently Jeremy has found good help and friendship from internationally acclaimed writer and classical dressage rider and advocate, Paul Belasik.

In 2014 Jeremy stepped down as USEF Youth Coach in order to more avidly follow his own riding aspirations. Jeremy runs a small boutique type training business in Aiken, South Carolina, where he trains and works with a few horses and riders of all backgrounds and levels. Jeremy has a very busy clinic calendar, which includes trips to Australia, Canada, New Zealand as well as many locations throughout the US.  For the past 15 years, he has averaged about 48 clinics a year and is a very sought after educator and instructor. 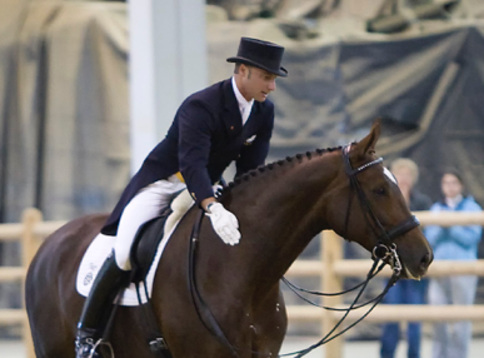 Click the link below to go to the videos and horses page.

Check out Jeremy on Social Media! 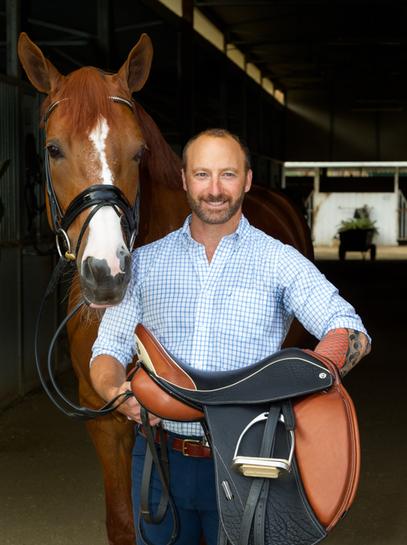 Don't see what you are looking for?